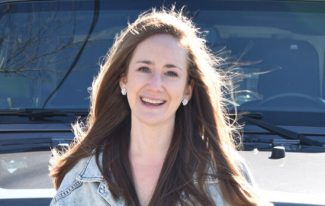 Have you ever stopped and thought about why…

The world is full of much more negativity and stress….than positivity and optimism?

I’ll tell you why.

But in order to do so, we’ll have to go back to primal times…when the human brain was first created. Back in our primal days, we had to be on high alert to avoid threats in our environment — like a giant tiger about to attack us. Our top priority as human beings was keeping ourselves safe, and keeping ourselves alive.

And so the brain was wired to protect us.

It was wired to keep us safe. Today, the modern world in 2020 is much different than our primal world but your brain is still wired the exact same way as hundreds of thousands of years ago. Your brain’s default wiring has you on high alert for what could go wrong, and often leads us down paths of imagining worst-case scenarios, dwelling on things outside of our control, worrying, stressing, and so much more.

This is also why…

If you have a new idea or want to make a change, your brain will likely start to talk you out of it after a few minutes.

Our brains will naturally go down the path of negativity, of stress, or imagining the worst-case scenarios. It’s why we settle in subpar relationships, jobs we hate, and continue the cycle of poor habits even though we know what we ‘should’ be doing. It’s why we ignore the exciting idea we had and think to ourselves ‘that could never work’. Because it’s familiar and it appears ‘safe’ to our brains. Even if it’s making you miserable.

So if you’re feeling any type of negative emotion…

Know that it’s not your fault. That’s just the human brain working on its default setting.

And 99.9% of the world is walking around on their default setting. It’s why most people are more apt to complain than to tell you what’s going well in their lives.

It’s why it’s easy to have one stressful thought and end up in a downward spiral.

But did you know…

Because your brain is constantly changing.

Neurons are firing with every single thought you have… Quite literally changing the construction of your brain’s neural pathways. Yes…Every. Single. Thought.

And we have up to 60,000 thoughts per day — that’s a lot of opportunity to change your default wiring. This constant firing carves out trails in your mind, creating a forest of complex trails and pathways. This forest lives in the subconscious mind and can be your best friend, or your worst nightmare. These neurons firing, this constant trailblazing throughout your day is how your habits of thinking, feeling, and acting are created.

It’s how your brain is processing your circumstances, yourself, and the people and world around you. In order to create greater happiness…we need to start using this trailblazing to our advantage.

Acknowledge you’re beating yourself up.

I recommend writing it down pen to paper. Saying it out loud. Because until we bring awareness to it, raise it to the surface, it will run in the background.

As Carl Jung said: “Until you make the unconscious conscious, it will direct your life and you will call it fate.”